The Role of Carbon Pricing

June 2020: A consortium of five London boroughs, Barking and Dagenham, Ealing, Greenwich, Haringey, and Westminster have commissioned and recently published the following study: “Towards Net Zero Carbon Achieving greater carbon reductions on site: The role of carbon pricing“. This report seeks to review the current planning guidance from the GLA on Carbon Offsetting, and in particular the carbon offset price recommended in that guidance. This new study presents the rationale for this work as follows: “the current carbon offset price (£60-£95/tCO2) and requirement of a minimum 35% carbon reduction do not incentivise sufficient savings on site. This means that new buildings have substantially higher carbon emissions that they should.” The GLA’s 2018 guidance document sets out that “Currently, the GLA’s recommended price for offsetting carbon is £60 per tonne. This is a nationally recognised non-traded price of carbon and is also the Zero Carbon Hub price.” However, the guidance also recognises the need to review this offset price level and states “To assess whether this price continues to be appropriate the GLA commissioned AECOM to carry out a study of possible carbon offset prices, considering both published carbon prices and the cost of undertaking various carbon reduction projects in London… The new draft London Plan includes a new recommended carbon offset price of £95 per tonne which was tested as part of the viability assessment. This is intended to be the price (Local Planning Authorities) LPAs adopt, unless LPAs have set their own local price. The recommended GLA carbon offset price will be reviewed regularly.” (the new London Plan reference to £95/tonne is referenced as footnote 155 on page 384 of the London Plan 2020). Note – the option is available to boroughs to set their own offset price – but there needs to be some evidence to support any such price being set.

This new study by the London boroughs is an attempt to do this – and sets out the following: “We have undertaken extensive energy modelling on several typologies of buildings. Our calculations demonstrate that the decarbonisation of the electricity grid means that, for the same specifications, a greater improvement over Part L is achieved with no extra effort/cost (‘60% is the new 35%’). On this basis, and given the consensus on the need and benefit of a ‘fabric first’ approach and low carbon heat, our recommendations are:

The report concludes with some further opportunities to ensure that zero carbon buildings take into account their full environmental impact.

Posted in News | Tagged Barking and Dagenham, Ealing, Greenwich, haring, Planning, Westminster | Comments Off on The Role of Carbon Pricing

“Sales of electric cars soar 85% amid fear over pollution”

8 April 2016: The Evening Standard reports that “Hundreds more Londoners are buying electric cars as the scale of the capital’s air pollution problem is laid bare, official figures reveal today. They show a jump of more than 22 per cent in electric cars, including hybrids, registered in the city in the first three months of the year, nearly 800, compared with 650 in the first quarter of 2015. In the South-East, the rise was a huge 84.9 per cent, from 1,632 to 3,019.” EV sales data is available on the SMMT’s website – but not on a regional basis.

“The number of electric cars registered in London has jumped from 61 in the whole of 2010 to a total now over 5,000. More charging points are being installed under the Source London scheme.” Read the full story here.

Proposals to make London “the electric vehicle capital of Europe” were set out last summer by the Mayor in TfL’s Ultra Low Emission Vehicle Delivery Plan – which contains details on work to support the growth of EVs and EV charging infrastructure.

London was recently awarded £13 million to create ‘Neighbourhoods of the future’ prioritising ultra-low emission vehicles (ULEVs) in several boroughs across the capital:

To help private plug-in vehicle owners offset some of the upfront cost of the purchase and installation of a dedicated domestic recharging unit, the Government is running the Electric Vehicle Homecharge Scheme. New guidance on this scheme was issued by Government last week.

Major London housing development to be zero carbon from October 2016

April 2016: As highlighted in an earlier post – the GLA have just issued new London Housing Supplementary Planning Guidance (SPG) and Energy Planning Guidance which sets out the carbon targets for new residential developments in the capital following the government’s announcement last year to scrap its zero carbon homes policy.

Full detail follows below – but a helpful summary is provided in the GLAs new Energy Assessment Planning Guidance (page 12) on the key takeaway –  new carbon targets:

• Stage 1 schemes received by the Mayor up until 30 September 2016 – 35% below Part L 2013 for both residential and commercial development.

• Stage 1 schemes received by the Mayor on or after the 1st October 2016– Zero carbon (as defined in section 5.3 of this guidance) for residential development and 35% below Part L 2013 for commercial development

Over the past few months, the Mayor has referred to keeping London’s zero carbon homes policy through a number of responses to Mayoral Questions (see references below). This new Housing SPG is however the first official GLA document which confirms the process for how the zero carbon policy is to be implemented. The full text from the SPG on Zero Carbon Homes follows below – with some accompanying  analysis:

END_OF_DOCUMENT_TOKEN_TO_BE_REPLACED

27 January 2016: “District heating as heterotopia: Tracing the social contract through domestic energy infrastructure in Pimlico, London” – new research paper published in the latest issue of the journal Economic Anthropology (PDF here). A presentation on the paper can be seen here.

November 2014: A major decentralised energy project in Victoria has moved a step further with the appointment of Clarke Energy to deliver a 3MWe Combined Heat and Power (CHP) engine. A  news release from Clarke Energy sets out that the mixed use Nova Victoria project, comprising residential, offices and commercial sites, will be connected to a district heating scheme where:

April 2014: On Wednesday 2nd April 2014 the Greater London Authority hosted a workshop focussing on the Business Case and Business Planning for Decentralised Energy projects. The event included an introduction from Matthew Pencharz – Senior Advisor, Environment and Energy (GLA), case studies and an open discussion amongst all attendees. The workshop hosted speakers from the London Borough of Enfield, Westminster City Council, Arup and the GLA. Attendees included energy consultants, engineers and local authorities.

March 2014: The London Assembly Environment Committee held the first of two oral evidence sessions on progress made by the GLA’s energy and climate programmes. The first of these sessions was held on 6 February and focussed on the Mayor’s home energy efficiency programme, RE:NEW. Evidence was provided by representatives from a number of organisations, including EDF Energy, the Energy Saving Trust, Hillingdon Borough Council and the Mayor’s Housing Advisor. The full transcript can be accessed here – and a webcast can also be viewed here. Points of interest raised during the debate included:

Just ahead of the evidence session – somewhat belatedly – the Mayor published the full evaluation report of the main RE:NEW roll-out phase which ran from July 2011-May 2012 (a summary report had previously been issued – details here).  A second oral evidence session will take place on 26 March, focusing on the Mayor’s decentralised energy programmes, with the Mayor’s energy advisor, Matthew Pencharz, in attendance. 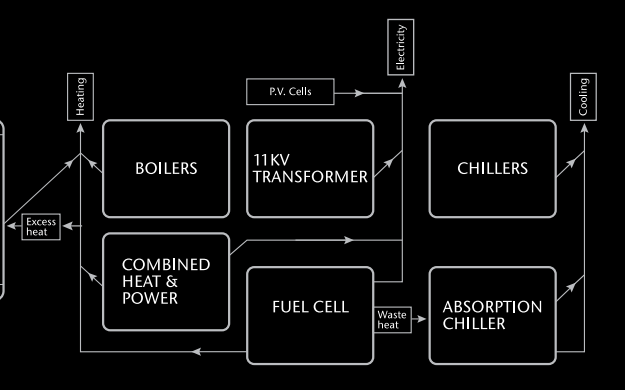 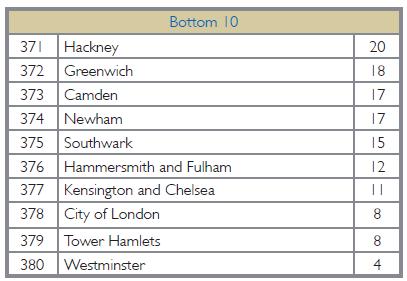