20 November 2014: The Mayor announced the winners of his Business Energy Challenge at an awards ceremony which took place at City Hall today.

The Business Energy Challenge was launched earlier this year. 59 participants submitted energy usage data over a six week period and were assessed on the carbon intensity per square metre of their properties. 27 of the most successful energy cutters were given a Bronze, Silver or Gold award to recognise their efforts when compared against their baseline 2010/11 energy usage.

The press release states that” “Some of London’s leading businesses across 1000 London locations (including shops, restaurants, banks and office premises) signed up to the challenge including Boots, HSBC, Royal Bank of Scotland, Marks and Spencer, BT, Lidl, Workspace Group, McDonalds, Asda and Aviva. The energy data collected will be used anonymously by University College London to inform energy performance benchmarks for wider use across the private sector.”

Full details – including an eligibility checker for organisations can be viewed here.

CSE and Pure Leapfrog are running a free one-day surgery in London for community groups, which aims to get them ready to make an application to the Urban Community Energy Fund. The event runs from 10am – 4pm on Monday 15 December at the Directory of Social Change.

November 2014: A major decentralised energy project in Victoria has moved a step further with the appointment of Clarke Energy to deliver a 3MWe Combined Heat and Power (CHP) engine. A  news release from Clarke Energy sets out that the mixed use Nova Victoria project, comprising residential, offices and commercial sites, will be connected to a district heating scheme where:

November 2014: A news report highlighting a new ‘Smart Homes’ retrofit Project which provides “homeowners in six North London boroughs access to upgrades that can help to significantly boost the sustainability of their properties…The year-long scheme will be the first of its kind in the UK, and aims to make it simpler and more affordable for residents to install insulation that will help to reduce their energy costs.” 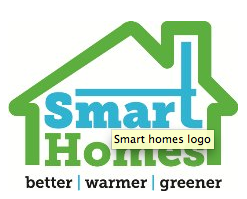 Haringey Council’s website reveals that the project is one that was successfully awarded funding earlier this year under government’s Green Deal Communities Fund, details of which can be found in an earlier post here.  The project focuses on solid wall insulation and on Victorian and Edwardian terraces where simple, cheap energy upgrades can be difficult because of the design of the older buildings. Residents in Haringey, Camden, Enfield, Hackney, Islington and Waltham Forest are eligible for the scheme, which is designed see more than three quarters of work carried out by local traders. The scheme is open to both owner occupiers and landlords (or tenants with landlord consent) from the boroughs and is available up to 31st March 2015.

Further information can be found on the Smart Homes pages on Camden’s website – and on Camden’s Green Deal page here.