This fund will be open to non-rural communities and will provide up to approximately £150,000 of funding for feasibility and pre-planning development work to help projects become investment ready. The funding will be available in two stages:

No details as yet to when the Fund will be launched or how long it will operate for. Hopefully this will all become apparent later today…

January 2014: Still a few days left to see BBC’s excellent Inside Out London programme. The first half covers the increasing levels of energy theft being observed by energy companies and -18 minutes in – the programme looks at potential future solutions to the provision of more affordable heat and power in London. 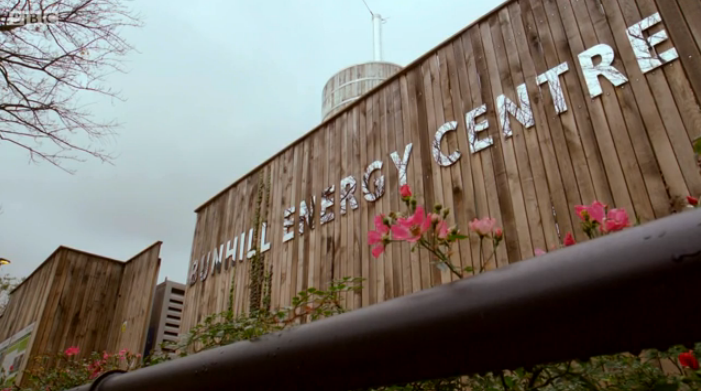 The growth in local energy solutions, such as combined heat and power (CHP) plants and the introduction of new district heating schemes are highlighted, including recent projects installed in Islington (Bunhill CHP) and the heat network constructed from the SELCHP waste to energy scheme, which transports low cost heat to 2,500 households in Southwark with an approximate 22% reduction in heating charges. 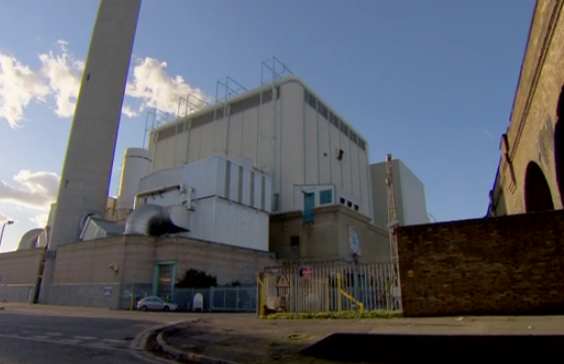 January 2014: The London Assembly’s Environment Committee is to hold an oral evidence session next week (30 January) on the Mayor’s carbon targets. A paper sets out that the evidence session forms part of an “investigation” into the delivery of the carbon targets, which will take place over February and March 2014.

At the evidence session – which is open to the public – the Committee will meet with Mayoral Advisors and GLA officers in the environment and the property portfolios, as well as external guests from the energy sector, local government and other external stakeholders to discuss targets to improve energy efficiency in homes, targets to increase decentralised and low-carbon energy supply, and general carbon reduction targets and strategy.

The targets are set out in the Mayor’s 2011 Climate Change Mitigation and Energy Strategy and include:

January 2014: This week saw some positive news stories concerning a new London community energy group – Hackney Energy. The group launched a new twitter account @HackneyEnergy and website and – more importantly – announced that they had established a new community solar project. It’s modest at 3.84kW – but it helps power a public toilet and cafe in Clapton. Read a blog on the great story behind this project. 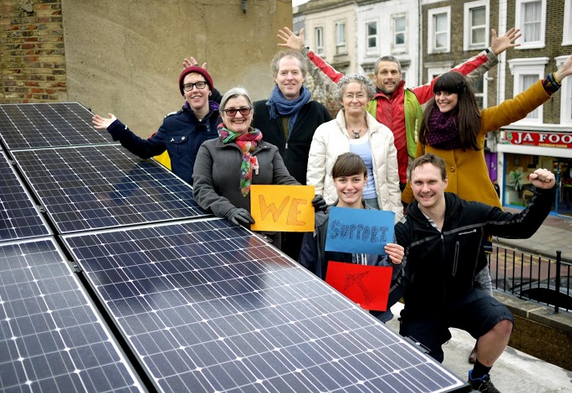 And on Friday the Hackney Gazette and Inside Housing covered plans by Hackney Energy to work with Repowering London on a community PV project, similar in scope to the Brixton Energy scheme. The Gazette reports that:

“Youth internships and apprenticeships will also be created by the scheme, which plans to will increase awareness about energy efficiency, provide a financial return to investors, and reduce Hackney’s carbon footprint.

“Repower London’s chief executive officer, Agamemnon Otero said: “It’s not just about putting some solar panels up on the roof, but it’s about creating a platform for those who are most disaffected, those who are out of work, so there’s something they can be part of, so they can donate their time and energy and see their community changing.” Also see Hackney Council news release.

January 2014: The GLA has decided to seek additional support in its bid to DECC’s Green Deal Communities Fund. The approval form states that:

“The GLA is seeking approval to commission Create and Sustain Limited through a Single Source Action to provide services up to a maximum value of £27,000 to support the RE:NEW programme from November to March 2014.

The key aims for this period are:

The £20m Green Deal Communities Fund was launched by Government in July 2013 – details here and then, in December 2013, as part of the announced changes to ECO, DECC stated that the Government “will increase the funds available to local authorities this year through Green Deal Communities from £20 million to £80 million, to help support ‘street-by-street’ programmes for hard-to-treat homes.” If London were to secure funding on a rough population basis – as much as £10m from this new fund could be directed to the capital’s energy efficiency retrofit programmes.

The RE:NEW programme is also presently supported by Capita (see here and here) until the end of March 2014.

January 2014: Welcome news that the GLA Investment Board has approved to continue funding for technical consultancy support reviewing energy statements submitted to the Mayor as part of planning submissions. Full details are given in a paper presented at the Board’s latest meeting (16 January), which states:

“The London Plan requires developers to submit an energy strategy demonstrating how CO2 emissions reductions from major developments will be achieved against targets set in policy 5.2 of the London Plan. Each strategy is assessed by the GLA’s in-house energy planning officer supported by consultants who provide up to 4 days per week specialist energy engineering advice. The current energy engineering consultancy support contract began on 20th May 2013 and expires 31st March 2014. To provide ongoing consultancy support, approval is sought to procure consultancy services via a competitive tendering exercise for the period 1st April 2014 to 30th March 2018 with a value of up to £440,000.”

Further information on the GLA energy statement assessment process here. The latest review of the implementation of the energy policies of the London Plan indicate the significant impact these are having in helping drive low carbon developments in London. These requirements are however currently under threat as a result of the proposals from the DCLG – more of which here.

15 January 2014: The Mayor today published proposed revisions to London’s strategic planning framework, the 2011 London Plan. Amongst the series of new policies put forward in the ‘Draft FALP’ (the Further Alterations to the London Plan) are two new proposals on energy – as set out in Chapter 5 ‘London’s Response to Climate Change‘. [to be clear- the blue text in the FALP are the proposed changes to the main 2011 London Plan. It is this text that is being consulted upon].

The first is interesting, and innovative, and relates to the Mayor wanting to see the use of demand side management technologies in new developments. This broadly relates to the incorporation of building energy management monitoring systems, smart meters and smart controls.

This is more of a ‘desire’ from the Mayor. The main new requirement in the FALP is however principally aimed at local authorities, in a whole new policy in the London Plan– 5.4a – on ‘Electricity and Gas supply‘. This is prefaced earlier on in the chapter with a new para 5.9a stating that “long term vision for London’s energy infrastructure is a resilient electricity network“.

Policy 5.4a  states that the “Mayor will work with the relevant energy companies, Ofgem the regulator, national Government, the boroughs, developers, business representatives and others to promote strategic investment in electricity and gas infrastructure where and when it is required to accommodate the anticipated levels of growth in London”

and goes on to state that:

“Boroughs should work with the relevant energy companies to establish the future gas and electricity infrastructure needs arising from the development of their area and address them in their local plans. Boroughs should cooperate across boundaries (including outside Greater London where appropriate) to identify and address potential capacity shortfalls in the wider energy network serving their area. Where land is required for infrastructure, boroughs should allocate suitable sites.”

This is a new initiative within the Mayor’s planning framework for London, and has clearly been influenced as a result of discussions between the Mayor and  London’s electricity distribution company, UK Power Networks, through the Mayor’s High Level Electricity Working group. It will be interesting to see local authorities response to this proposed policy in their submissions to the FALP consultation.

Similar, but less detailed requirements are set out in terms of supporting London’s gas supply network (5.31F to 5.31H), which is distributed in London by two companies – National Grid and Southern Gas Networks.

The public consultation runs from 15 January to 10 April 2014

January 2014: Recently appointed as one of the Mayor’s ‘London Leaders’, hear about Agamemnon Otero’s fascinating project to create an “EnergyGarden Network at stations on the Overground Rail lines with solar panels and vegetable gardens will address food and energy inequality in communities“. 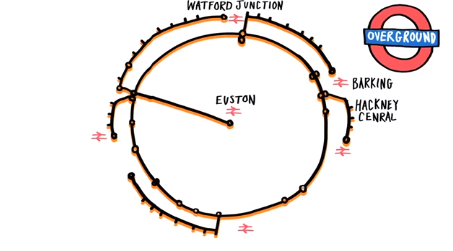 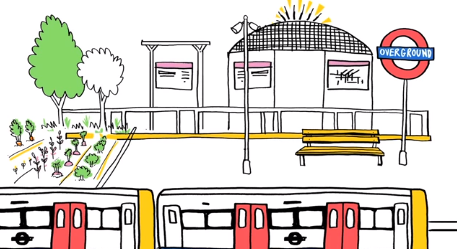 January 2014: The C40 Cities initiative is to hold its high-level biennial summit in Johannesburg next month – February 4th-6th. The theme of the event is ‘Towards resilient and liveable Megacities– demonstrating action, impact and opportunity” and details of the event can be found on the conference website here. The Mayor of London will not be attending, but it has been announced that the Mayor’s Energy & Environment advisor, Matthew Pencharz, will be present on the Mayor’s behalf at the conference.

January 2014: Report of a meeting held by the Rockerfeller Foundation’s Resilient Cities programme – Transforming Cities: Visions of a Better Future – provides some case studies of how global cities are responding to increasing demands for energy. Linked to this, one of the report’s ‘key insights’ is that “Scarce resources, unknowns such as climate change and mass migrations into cities will overwhelm existing city planning capacity.” A sobering read of future city-stresses.

January 2014: The Mayor has recently posted online his response to the Department of Communities and Local Government (CLG) Allowable Solutions (AS) consultation, released last year. Allowable Solutions are central to the achievement of the Government’s commitment to delivering zero carbon homes by 2016, and have been under discussion for several years now, with significant delays in any Ministerial decisions being made (too much to go into here – see articles here and here) . The Zero Carbon Hub have also led on much of the detailed development behind the potential measures that could be used.

The Mayor raises a number of concerns to Government over their proposals, including:

London boroughs are already making significant headway in establishing their own allowable solution mechanisms as a consequence of the Government’s delay in setting out their own policy – see details of  Islington’s Carbon Offset Fund here.

January 2014: The C40 Cities climate network announced in a blog post just before Christmas that it had appointed Mark Watts as its new Executive Director. Mr Watts was previously Ken Livingstone’s energy and environment advisor, leading in the development of a number of key London climate mitigation and adaptation programmes, including London’s first Energy Strategy in 2004 and the 2006 London Climate Change Action Plan.

Cities Today provides a profile, relating that “Watts’ ties with C40 go back to the foundation of the organisation as he was the officer in London’s City Hall tasked by then Mayor Ken Livingstone to build a new network of major cities. The C20, as it was at the time of its launch in 2005, grew out of conversations London was having with cities such as Stockholm, San Francisco and Toronto about forming a strategy on climate change.”

Mark will be joining the Boris Johnson’s current energy advisor, Matthew Pencharz, at the C40 Cities Summit, to take place in Johannesburg in a few weeks time.