March 2016: London Green Party members have thrown down the gauntlet to Zac Goldsmith and Sadiq Khan, as they lay out their four ‘red line’ policies either candidate must back before Greens officially give them their 2nd preference support for May 5th. Read the full report at the BrightGreen website here.

March 2016: EDIE reports that “Building materials supplier Hanson UK is pioneering a demand-side response approach to energy management, with the technology being rolled out to 29 of the company’s quarries across the country” including Hanson’s West Drayton Asphalt Plant in the London Borough of Hillingdon.

“The London-based firm, which employs around 3,500 people, has partnered with demand-response aggregator Open Energi to install the ‘Dynamic Demand’ system at 14 of its sites, with another 15 installations planned through a phased rollout.

“Using the demand side response technology, tanks and pumps used to dewater Hanson’s quarries will be able to reduce their energy consumption when UK energy demand exceeds supply, and increase consumption when supply exceeds demand.”

Further information can be read on Open Energi’s website.

Community Energy group Power Up North London have just posted an update on their work. Further information can be seen on their website. 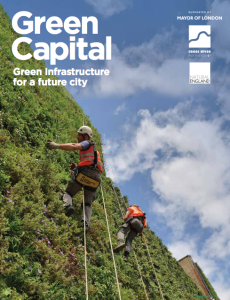 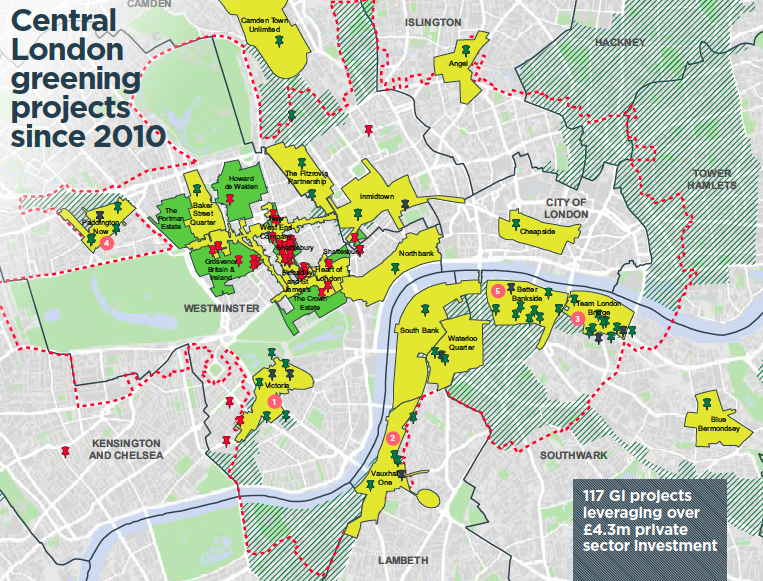 The Mayor’s Green Infrastructure Task Force report, published in December 2015, can be read here. Further information on Greening London can be seen here on the GLA website alongside London’s Green Roof Map.

March 2016: A new Arup study ‘Smart City Opportunities for London‘ has just been published by the GLA. This report was commissioned to investigate how “London can make the most of the benefits of digital technology by assessing London’s strengths as a smart city and identifying the opportunities for stakeholders in the smart city market.” 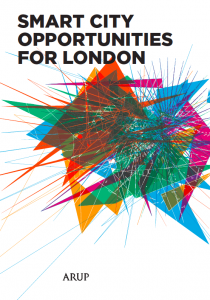 The findings of this report will support the update of the Smart London Plan, the capital’s smart city strategy. It looks at five key industries in detail – energy, water, waste, transport and health. On Smart energy the report states that “London faces energy challenges, including security of supply, ageing infrastructure, fuel poverty, and failure to align retail energy prices with wholesale costs.International and national policies prescribe switching to renewable sources of energy as a way to reduce the use of fossil fuels as well as address climate change and the depletion of resources. The deployment of smart solutions has started to address energy challenges in London, such as trialling smart grid solutions (UK Power Networks) and installing smart meters in homes. There are plenty of opportunities for companies to develop and implement more solutions in renewable energy, smart grid and electric transport. We estimate that the market for smart energy solutions in London could grow to $2.1bn by 2020.”

March 2016: An article on Citymetric by Jenny Jones of the London Assembly Green Party providing a useful summary of a report commissioned by her, and published in December 2015,  looking at the opportunity for a new Mayor to set up a London municipal energy supply company.

Jenny Jones states that “my proposal would go beyond License Lite and instead establish a fully licensed not-for-profit energy supply business. This would manage TfL’s significant and growing electricity requirements, and extend supply services to London’s homes and businesses.”

This proposal was adopted this February by Green Party candidate for the London Mayoral 2016 election, Sian Berry, who has set out in a briefing note what a new London Energy Company would prioritise.

How London’s giant floating solar farm was put together 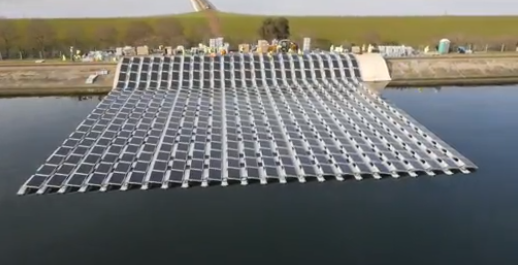 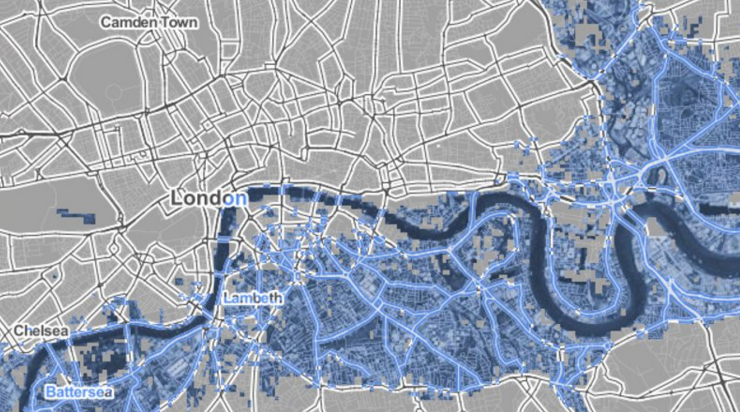 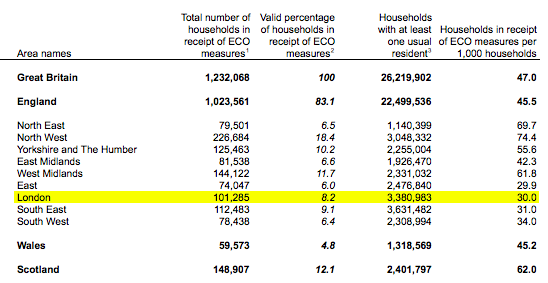 March 2016: The Mayor has as yet not formally announced the start of his Licence Lite initiative (something that was originally set to be in place in August 2015), the aim of which was to supply low carbon electricity to TfL (see previous posts here).  The Mayor has entered into an agreement with Npower who will provide technical support to the GLA in relation to fulfilling their electricity supply ‘Licence Lite’ conditions. Though there have been delays in getting the programme off the ground, TfL’s new Business Plan whilst not mentioning the Licence Lite programme at all, states that their timetable is to source this electricity this year: “In 2016, we plan to complete a deal to connect directly to 30 megawatts of locally-sourced, low-carbon electricity.”  30MW is three times higher than was suggested by the Mayor back in November 2015.

A great deal more information on TfL’s future requirement for electricity is set out in a recent report commissioned by GLA Assembly Member Jenny Jones, on proposals around the creation of a London Energy Company.

17 March 2016: There has rightly been a lot of press around an innovative floating PV array which is currently being constructed in the west of London near Heathrow. The project has been covered in The Guardian, BBC,  and a helpful video visiting the site has just recently been posted online by EnergyLiveNews.

This project goes to highlight the hugely flexible nature of solar and the huge potential for PV that could exist across the capital across many sites when properly supported.