Cities and the Future of Technology

March 2016: A report has recently been published by President Obama’s Council of Advisors on Science and Technology report recommending ways to make the most of technology and innovation opportunities for cities.

The report considers how the “urban ecosystem can benefit from the integration of a wide array of technologies that have been evolving rapidly, including systems to increase energy efficiency, renewable energy technologies, connected and autonomous vehicles, water and wastewater management systems, communications technologies to enhance connectivity, and new ways to do farming and manufacturing.”

Four key recommendations are made in the report – the first of which is:

“The Secretary of Commerce, working with the Secretaries of Housing and Urban Development, Transportation, and Energy, should establish an interagency initiative, the Cities Innovation Technology Investment Initiative (CITII), which will encourage, coordinate, and support efforts to pioneer new models for technology-enhanced cities incorporating measurable goals for inclusion and equity.”

Similar recommendations on coordinating UK government policy action across various departments – especially in relation to supporting the roll out of low carbon energy systems – have been made over the past two years in DECC’s D3 report, the IPPR’s City Energy Report and ERP’s cities report.  Though no such cross-departmental unit has as yet been established, it is interesting to note that DECC are working with a number of the cities involved in the government’s city devolution process, and are referred to in Liverpool’s devolution agreement and Manchester’s Devolution Agreement.

15 March 2016: New London Sustainable Development Commission (LSDC) report published recommending to the Mayor of London that a business district for new low-carbon industries is given the go ahead at Old Oak and Park Royal. Full details here.

7 March 2016: “Islington has netted a £30,000 government grant to set the wheels in motion on an innovative energy saving scheme. The funding will be used for a study into how to extend the current district heating network to housing estates situated to the south of Bunhill.” Read the full Islington Gazette story here.

7 March 2016: Good to see the Secretary of State for Energy Amber Rudd today visit Islington Council’s Bunhill Combined Heat and Power (CHP) district heating scheme – much more of which can be read about here. The Minister can be seen below being given a tour of the innovative energy centre, sited just off Old Street roundabout, by Islington Council’s Energy Manager, Lucy Padfield.

Bunhill has had lots of visitors since it was opened in 2012 – but – suprisingly the Mayor has not managed to view the project. 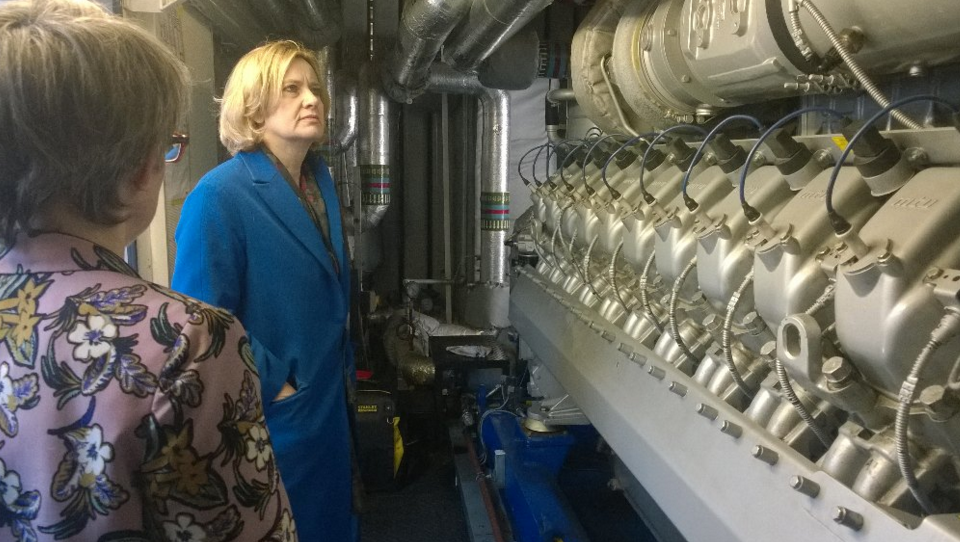 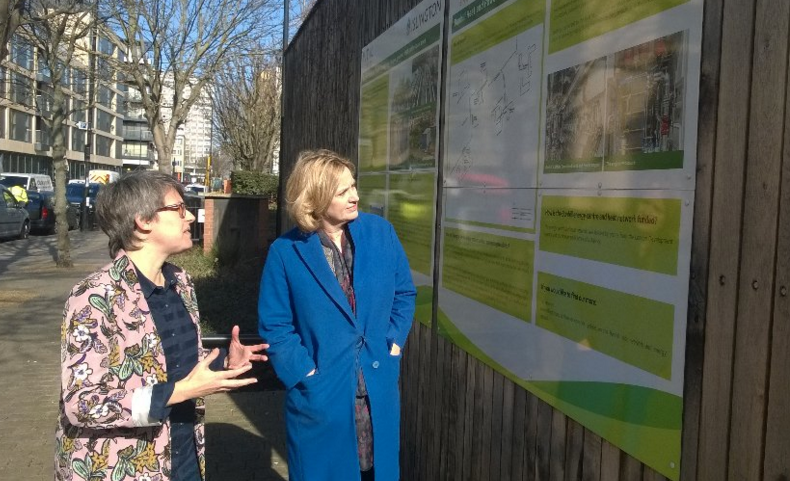