December 2013: National Grid news release announcing that “Work to dismantle the gas holders at National Grid’s site in Battersea got under way recently and the local community are being invited to find out how this and future work will play a part in the exciting redevelopment plans for the area.

“The site was once used to produce town gas which was made from coal. However after the discovery of natural gas under the North Sea town gas became obsolete and the gasworks closed. The gasholders however continued to be used for gas storage but now improvements to the gas network and storage methods mean that they are no longer needed. Their removal will help transform the area enabling the site to be redeveloped and much needed housing to be built.”

Some fascinating historical background to the site can be found at www.BatterseaGasholders.com. And here’s a great drawing of one of the Battersea gasometers – part of a series of drawings of London gasometers – by artist Daniel Preece. 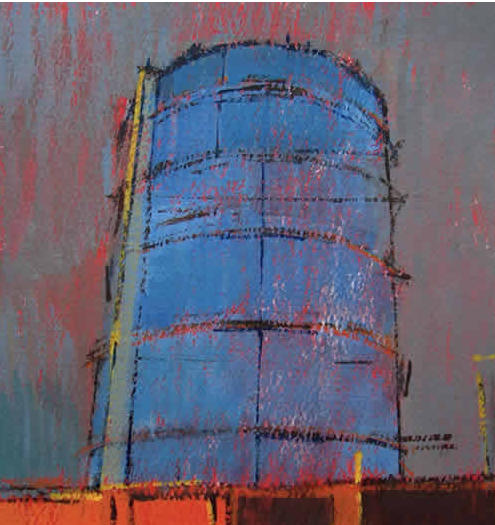 This entry was posted in News and tagged Natural Gas, Wandsworth. Bookmark the permalink.