‘UK energy bills lower than much of EU’

January 2014: A recent FT article highlighting an issue lost in the recent

” A typical household’s annual electricity bill in Berlin, Copenhagen or Dublin this year was at least 34 per cent higher than one in London, according to the Finnish energy consultancy VaasaETT, which has done monthly EU household energy comparisons for the past four years that show UK bills are regularly among the lowest.”

” Parisians’ electricity bills were 3 per cent lower in 2013, but they typically paid 10 per cent more for gas than Londoners. In Rome, gas bills were 34 per cent above those in London, while in Copenhagen they were 28 per cent higher.”

“Compared with the EU-wide average, moreover, household electricity and gas prices have been lower in Britain every year since 2007, figures from Eurostat, the EU statistics body, show.” 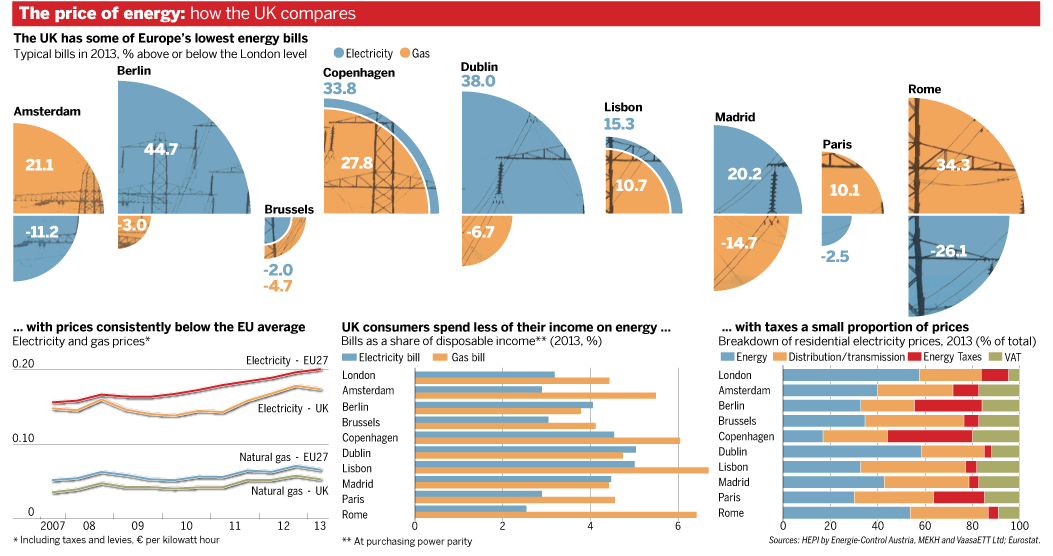 It’s just a pity London homes are so energy inefficient!

This entry was posted in Energy Efficiency, News and tagged Energy Costs. Bookmark the permalink.