1 October 2012: DECC’s latest issue of Energy Trends includes new regional statistics on renewable electricity (not energy) generation. The article – Renewable electricity in Scotland, Wales, Northern Ireland and the regions of England in 2011– highlights (in Table 1) that 5,657 renewable electricity generating sites were operating in London as at the end of 2011. Not surprisingly the vast majority of these were photovoltaics (PV) – 99.48% to be precise – with a further 58 renewable technology schemes registered (this however compares with only 16 (non-PV) schemes as registered in last year’s statistics). The number of PV installations has risen more than fivefold compared to the number (1,044) in place at the end of 2010. 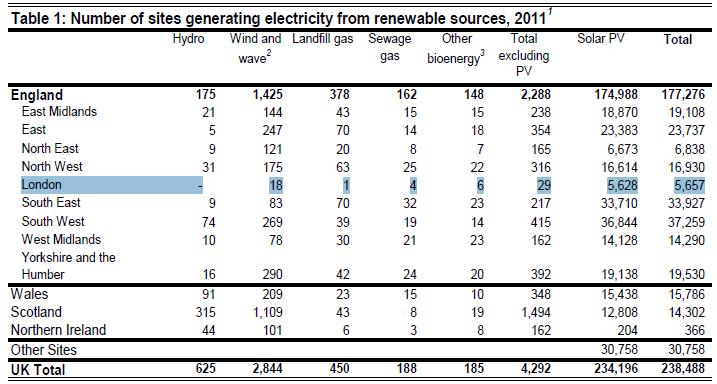 More importantly in terms of capacity and output, the following two tables (copied below) reveal that in 2011: 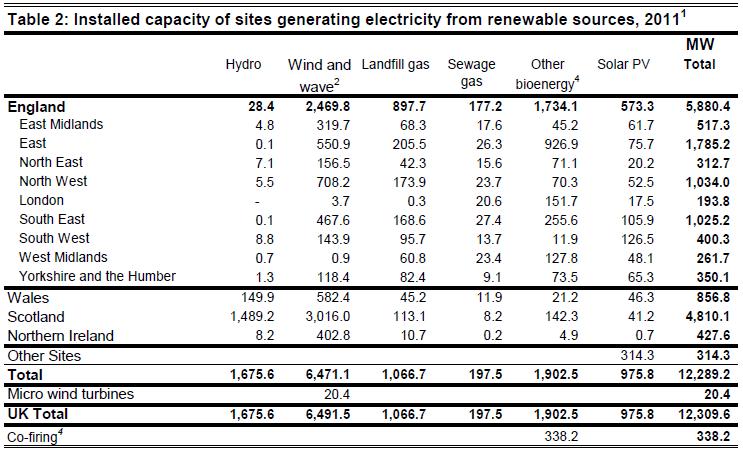 Following the level of overall renewable capacity added, there’s been a 60% increase in the amount of renewable electricity generated, rising from 385.7 GWh (gigawatt-hours) in 2010 to 617.6 GWh in 2011 (see table below). 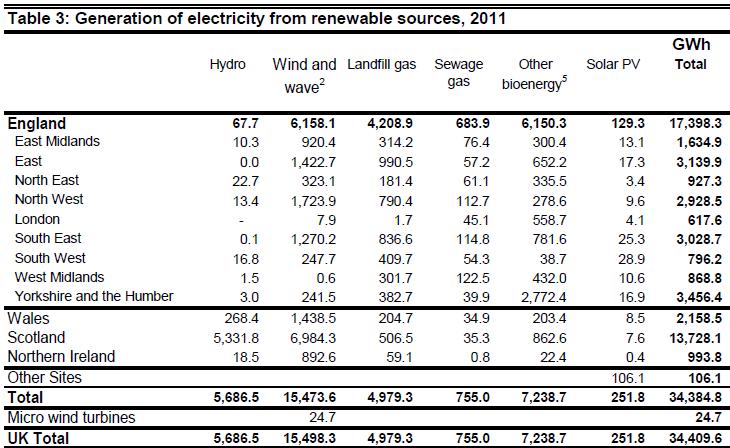 The article provides further analysis and comparisons of London’s output as compared to the rest of the English regions, which, as is already well documented, remains modest due to the limitations the capital has in exploiting key renewable technologies such as wind and landfill. Chart 12 in the article (copied below) however provides some cause for optimism as it illustrates that changes made to the national policy framework for renewables over the past few years- particularly with the advent of Feed in Tariffs (FITs) and Renewable Obligation (RO) Banding –  is finally supporting London to take a small but positive step forward in terms of its renewable contribution, after several years of only limited progress.