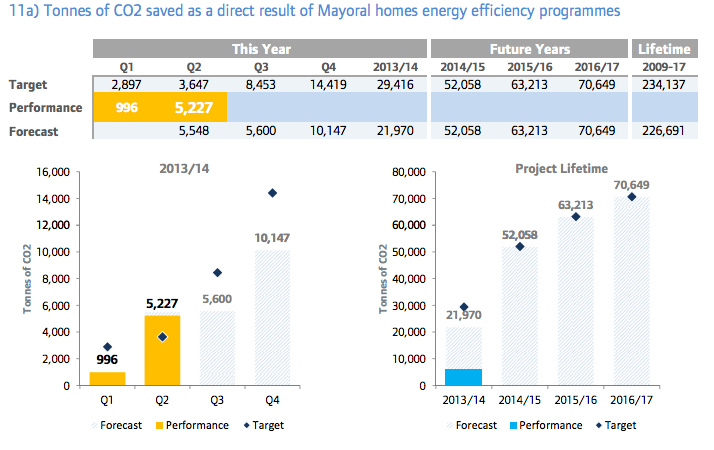 The current forecast for 13/14 (right hand chart) shows that RE:NEW is predicted to just miss the project target – however, the performance level to date indicated shows that even this reduced level of delivery is still some way off.  The oral evidence session (referred to above) in fact suggests that only 3% of the 13/14 target has as yet been achieved (996 tonnes of CO2 compared to a target of 29,416 – earlier post). Paper 06a(v) provides some explanation for the slow progress: