March 2012: The Hills Fuel Poverty report does provide a regional breakdown of data – as the interim did also – and highlights that:

“Table3.9 shows that London households are only slightly less likely to be fuel poor than others, although they do appear to be less deeply in fuel poverty on average, with a considerably lower average fuel poverty gap than other regions. There is a relatively even split between the broad regions in terms ofthe fuel poverty gap, so that region by itself would not be an effective targeting tool.” 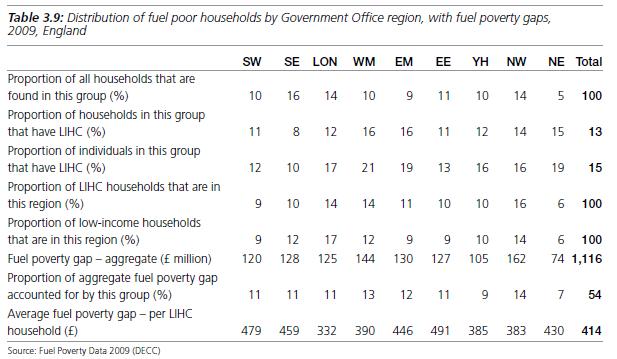 Further details on the report with links provided on an earlier post.

This entry was posted in Data Store, News and tagged Data, Fuel Poverty. Bookmark the permalink.