June 2014: An independent evaluation of the first year (2013) of the operation of the Energy Company Obligation (ECO), undertaken by the Centre for Sustainable Energy (CSE) for industry trade association Energy UK, has recently been published and highlights the low levels of funding directed to the capital.

The study ‘The ECO: An Evaluation of Year 1‘ includes a comparison of regional distribution of ECO spend and previous energy supplier obligations and reports – that across these major energy efficiency programmes:

The following graph from the CSE report provides an illustration of this: 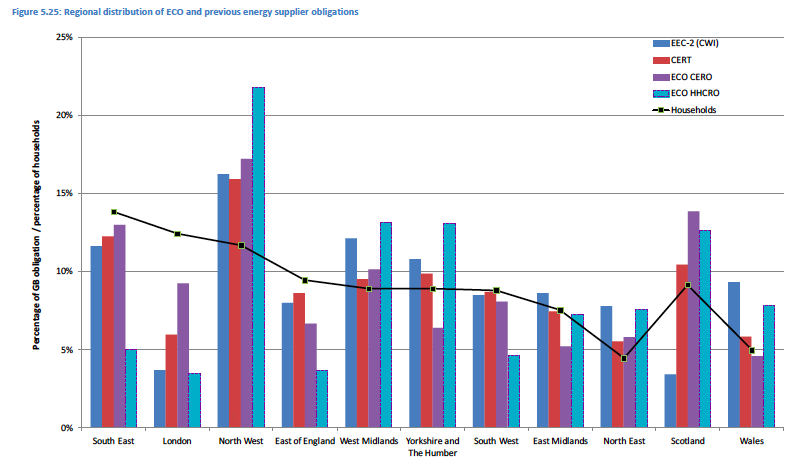 Government has previously stated that the ECO would support the uptake of ‘hard to treat’ measures, which would work better for London, and hence a regional target would not be needed (see para 53 onwards from November 2011 DECC ‘Green Deal & ECO consultation document‘). It may be that DECC now needs to look at this issue again under the current ECO consultation.

This entry was posted in Library, News and tagged ECO, Energy Efficiency, insulation. Bookmark the permalink.