June 2014: Following an extensive evidence session on the Mayor’s domestic energy efficiency programme earlier this year – details of which are here – the Mayor has provided some additional information on work being undertaken by British Gas in London.

The letter states that “British Gas, with its London borough and housing association partners, has already committed to invest in excess of £36 million through eight schemes in London shown in the table below. 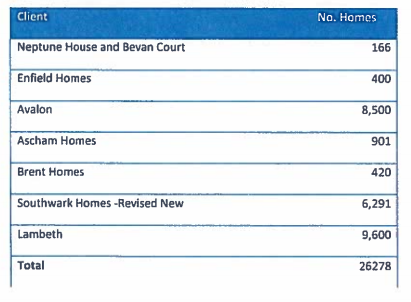 “These schemes are expected to deliver measures to over 26,000 homes across London.” British Gas has previously stated that they would earmark specific funding to London under the Energy Company Obligation (ECO) programme: how much this level has changed following the alternations to ECO proposed by government in their recent ECO consultation is not clear, but has been raised in a recent mayoral question.